We start our list of top 7 to-do things in Sarajevo the capital of Bosnia and Herzegovina. Upon spending a day here, we had quite a surreal experience learning about the history of the city. We stood on the exact same spot where Gavrilo Princip shot and killed the Austro-Hungarian Empires’ Crown Prince Franz Ferdinand. As a result, starting World War I on the 28th of June 1914.

Sarajevo also went through a lot during the Bosnian War where it was under siege from 1992 to 1996. During this time 11,541 lost their lives and 56,000 people were injured. The city has since recovered and is now a very safe place to visit when touring the Balkans.

The best thing about this is, it’s FREE, well you can choose to make a donation at the end if you liked it. We always join one wherever possible as we find it fun and meet a lot of people this way. It’s also a great way to find about the history of a place from some local. There are paid for tours available too so do check those out as well.

The tour we used was called Free Walking Tours Sarajevo. Our guide was a lady who had lived through the Bosnian war and told us a lot about what life was really like during that time. We asked a lot of questions too and at the end we were very grateful for the experience and honest response.

The museum of Sarajevo was once a cafe. It was just outside here where Princip started the Great War with two bullets that ended up killing over 18 million people. There’s a plaque to commemorate the event on the wall of the Musem too. It also has dedicated to the historical event in Sarajevo during the Austro-Hungarian period.

3. Book a trip to the Sarajevo Brewery

Founded in 1864, the Sarajevo Brewery is considered the oldest industrial plant in Bosnia and Herzegovina. It’s one of the most attractive buildings in Sarajevo with a mixture of oriental and classical European design architecture.

Bascarsjia is part of the old town. Here you can find a multitude of places to eat, drink coffee, and buy souvenirs. It felt like time stood still here as most of the shops look like they haven’t changed since the Ottoman times. You can also find a lot of local businesses in this part of town and this also adds to the local feel of the place.

After all the walking around, why not relax with some great tasting coffee? ‘Sounds like a plan’ you say! There’s plenty of places to grab yourself a nice local brew. While sitting outside one of the cafes, take a moment to watch the world go by. People watching can be a fun and relaxing way to spend some downtime when in Sarajevo. The city is a mix of people from everywhere and you can just imagine to yourself what they are all doing there.

6. Take a day trip to Mostar

Mostar is one of the must-see places while in Bosnia and Herzegovina especially if you have limited time. It’s only a 2.5 hr journey by bus. You can catch a bus at 9 am and the return at 3 pm with tickets costing around 30 BAM (15€).

The drive to Mostar is very scenic but the town itself is just beautiful. The Stari Most (Old Bridge) is located at the base of the market. Well worth the visit!

7. Have fun and enjoy your trip!

Most important of the 7 to-do things in Sarajevo is to have fun while you are out there. Take in all the sights, smells, and history! 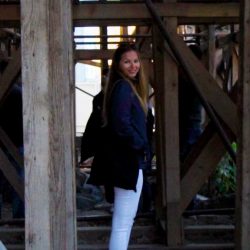 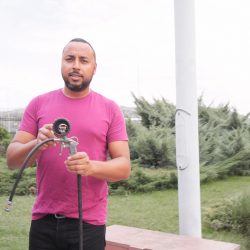 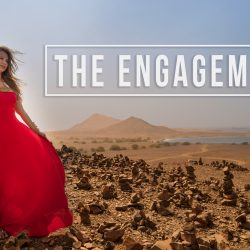 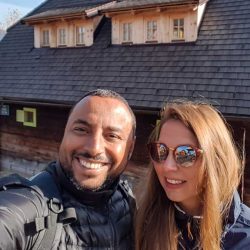 previous post
Drvengrad: Must-See Village You May Not Have Heard Of
next post
Kotor – Must Visit Bay in Montenegro!